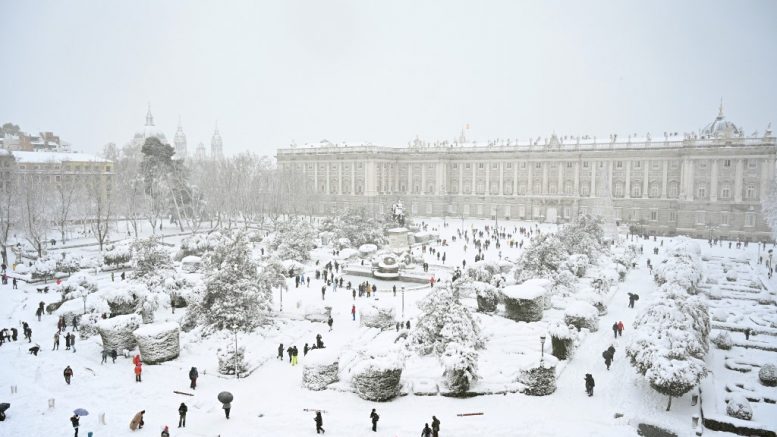 The heaviest snowfall in a decade in Spain – or 114 years in Madrid’s case – is putting immense pressure on a country which was already trying to avoid the third wave of the coronavirus following the expected spike in infections after Christmas.

The total number of coronavirus infections passed the two million mark on Thursday January 7th, as the government announced another 42,360 new cases over the previous 48 hours.

But on Sunday January 10th in Madrid, just as 6.7 million madrileños were struggling to move around in 30 centimetres of snow and the city had effectively ground to a halt, regional health authorities reported a 70 percent drop in Covid-19 infections compared with the previous week’s data.

Although these figures could be a result of fewer tests being carried out and the focus shifting to the historical weather event instead of the coronavirus crisis, the cold snap that’s now set to affect much of mainland Spain could shed light on whether nature’s lockdown will be more effective than government restrictions.

Fewer reasons for Spaniards to go out

If Covid restrictions and capacity limits have already made it difficult for countless small businesses in Spain to survive, the bad weather has proven to be the last straw for many.

In some regions where indoor eating and drinking is banned, the heavy snow and rain is resulting in bars and restaurants not even being able to rely on their terraces as their only source of income. Equally, the January sales have so far been underwhelming for shop owners as a result of people tightening their belts and not wanting to be outdoors.

But despite Filomena’s negative consequences for the economy, it may be that the ongoing cold snap keeps more Spaniards at home just when the infection rate in most of central and northern Spain has climbed over 300 cases per 100,000 inhabitants.

Schools, museums and public buildings are also closed in many towns and cities affected by the snow, limiting social gatherings even further.

Unfortunately, the bad weather and ensuing road and public transport closures have had the unexpected consequence of increasing the number of people on Madrid’s metro given that it’s the only means of transport that’s fully operational.

Although infection stats in late January could reveal whether Spain’s big freeze has worked as a natural barrier against the spread of the coronavirus, Filomena is currently proving to be more of a hindrance than a help for the country’s health sector.

There are reports that hospital staff are having to endure 36-hour shifts, covering for colleagues who are unable to reach the premises due to the snow or road closures, with one junior doctor setting an example of healthcare workers’ commitment by skiing 17km to Puerta del Hierro hospital in Madrid.

Road blocks have also made it harder for ambulances to reach ERs, whether to transport coronavirus patients or other people, and the army has had to be deployed to clear the entrances to hospitals.

Colds and flus are also known to be more prevalent during cold spells, often increasing the burden on the health system. 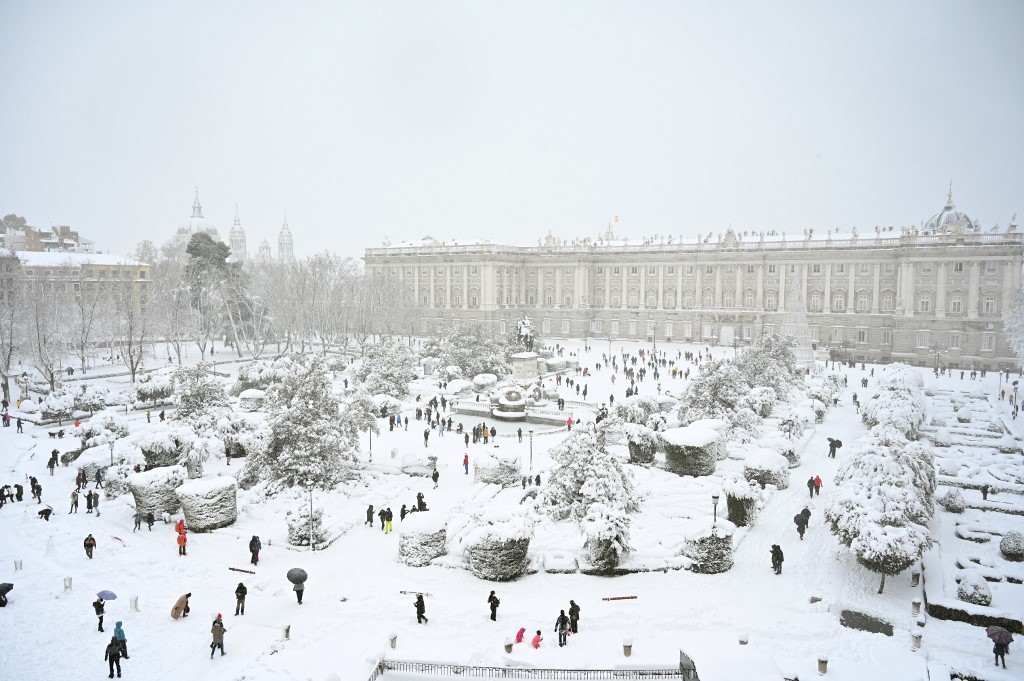 Spain’s vaccine campaign could slow down even further

Spanish Interior Minister Fernando Grande-Marlaska told journalists on Saturday that his government had a contingency plan in place for the 350,000 Pfizer vaccines that are scheduled to be delivered across the country this week in adverse weather conditions.

Madrid’s Barajas airport, which was closed on Friday as a result of the heavy snowstorm that engulfed the capital, was replaced by Vitoria airport in the Basque Country and El Prat in Barcelona as the initial ports of call for this fourth batch of EU-approved Covid inoculations.

The vaccines were delivered successfully on Monday morning but it seems unlikely that Spain will be able to make up lost ground on what so far has been a slow start to its nationwide vaccination campaign.

There are already reports that health workers in Madrid and Castilla y La Mancha regions haven’t been able to reach care homes to administer doses to elderly residents, and Catalonia has also had distribution problems since weather conditions worsened.

The government is working with police and the military to create safe travel corridors on Spanish roads as it races to prevent the snow from turning into ice on its motorways.

More a hindrance than a help

If the prospect of another strict lockdown in Spain seemed likely in view of increasing coronavirus infection rates across the country over Christmas, the current ‘state of alarm’ now appears greater than ever as a result of Storm Filomena.

Spain’s government is advising as little travel as possible in affected areas in a bid to prevent its roads and hospitals from being overburdened. Faced with this double-edged crisis, it could quite easily use the adverse weather conditions as an excuse to impose a strict lockdown and shut everything but essential services down.

But on Monday Spain’s deputy PM Carmen Calvo continued to rule out home confinement for the third wave, suggesting instead that measures would be readjusted “in the coming weeks”.

So while Storm Filomena may lead to both social contact being reduced and Spain’s health system being put under pressure, only the infection figures in the coming weeks will reveal the true effect of this meteorological phenomenon on the looming third wave of Covid-19.

ANALYSIS: How long can Spain avoid another full lockdown?