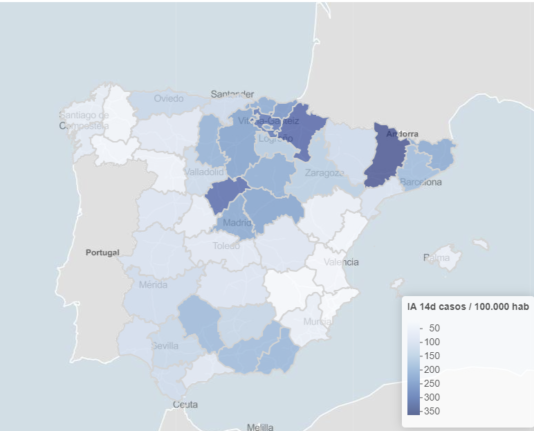 After experiencing a spike in infections after the Christmas holidays which caused Spain’s third coronavirus wave, regional authorities introduced stricter restrictions for their residents to curb infections.

These proved largely effective in driving down infection rates, especially in regions such as Valencia, where stricter rules on mobility and for the hospitality sector contributed to making the Mediterranean region one of the areas of Europe with the lowest fortnightly infection rate of the coronavirus (31 cases per 100,000 inhabitants on March 23rd).

After weeks of negotiations, Spain’s regions also agreed to ban inter-regional travel over Easter for residents, in a bid to limit mobility and the spread of the virus.

However, foreign tourists (mainly from the EU) were allowed to visit if they presented a negative PCR test and Spanish police had to break up dozens of gatherings and parties where participants were neither keeping a safe distance nor wearing face masks.

Spain’s Ministry of Health recorded a spike of 12 points in the country’s fortnightly infection rate over the course of two days, from 151 cases per 100,000 inhabitants on Saturday to 163 infections per 100,000 people on Monday.

Earlier data from Spanish health authorities had been showing a steady increase in coronavirus cases since mid-March, however Health Emergency chief Fernando Simón had said that infections could be contained as a “small wave”.

The 14-day cumulative number of cases per 100,000 inhabitants stood at 149 on April 1st, with 12 of Spain’s autonomous regions recording a rise in infections as the Easter break began.

On April 5th, that rise in Covid-19 infections applied to all autonomous communities except the Canary Islands , where the infection rate dropped two points.

Spain’s Health Ministry has notified 10,360 new cases of coronavirus over the Easter period, which takes Spain’s total for the pandemic to 3.31 million infections.

Which regions now have the highest infection rates in Spain?

The autonomous city of Melilla (426 infections per 100,000 inhabitants over the past 14 days), Navarre in northern Spain (352); Melilla’s neighbour in north Africa Ceuta (342); Madrid (272); the Basque Country (271) and Catalonia (216) are the Spanish regions with the highest infection rates in Spain currently.

Regions with more than 250 infections per 100,000 inhabitants are classified as being of “very high risk” or “extreme risk”.

The regions with the lowest infection rates over the past 14 days are the Valencian region (33) which has managed to keep its infection rate under complete control over Holy week, Murcia (62); the Balearic Islands (65) and Galicia (66).

Spain’s Health Emergency chief Fernando Simón has asked that Spaniards treat the data “with caution” due to some delays in the delivery of new figures from the Easter holidays, whilst also acknowledging that there’s been a “slight increase” nationwide both in terms of infections and hospital pressure.

“We hope that the trend will continue in the next few days and at the end of this week we will see the impact that mobility has had in Easter,” he added in reference to the gradual trend upwards, rather than it shooting up.

“We hope that (the increase) will not be very important, but of course it will impact on the evolution of the pandemic”.

Despite the increase in infections as well as hospital beds and ICU occupancy, Simón stressed that there is a “clear” decrease in the number of deaths from Covid-19, attributing it mainly to the vaccination campaign.

As of Tuesday April 6th, 6 percent of Spain’s population has received the full two-dose inoculation, whilst 12 percent have received the first dose.

Most regions are still completing the vaccination rollout for their over 80s, which was meant to have concluded in March.

If this increase in infections during Holy Week (around 35,000 new cases last week) will result in Spain’s fourth coronavirus wave will be more evident in the coming days when more data is released.

According to Spain’s Health Ministry, the data available so far suggests that the infection rate preceding this potential fourth wave hasn’t climbed as dramatically as it did after Christmas when the third wave ensued. 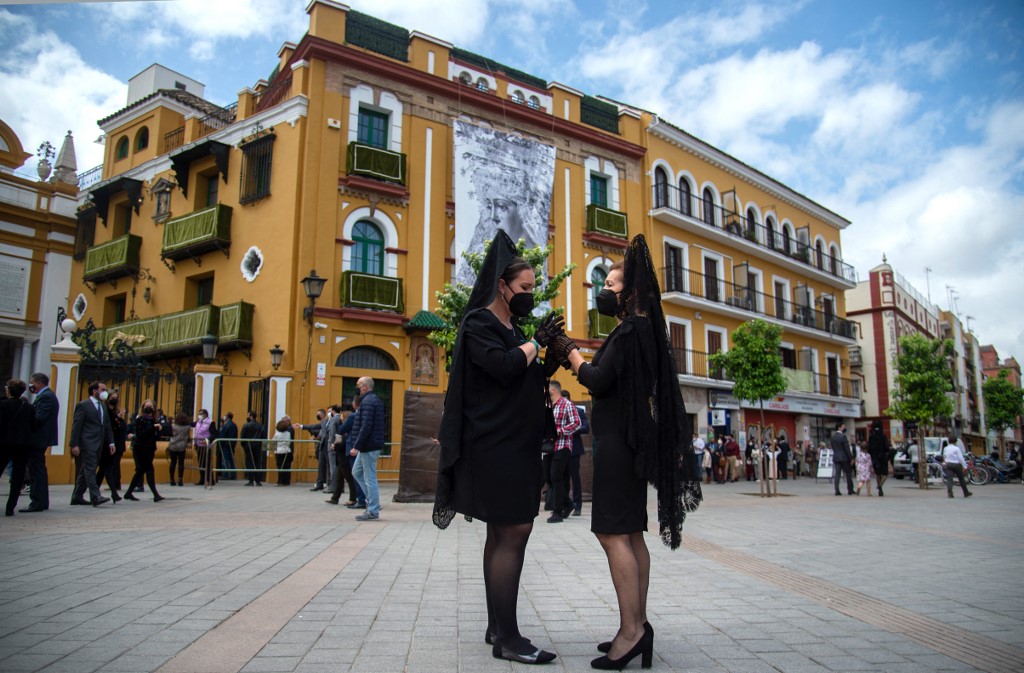