As is generally the case in Spain, the system of healthcare in Barcelona is of a high quality and holds a good reputation among both locals and expats.

Even international patients have taken notice of the country’s exceptional treatment, and a fair amount of foreigners travel to the city as medical tourists. As a result, both the public and private healthcare sectors in the city have risen to meet the challenge.

The Catalan public health system is known to locals as CatSalut, and offers largely subsidised care for those who have a Targeta Sanitaria Individual (TSI) health card, but is often associated with long queues for simple examinations or seemingly endless waits for routine operations.

The sector has also had to deal with budget cuts as a result of the country’s economic fragility, meaning that waiting times may be even longer. That said, the problems are mostly institutional and doctors in Barcelona generally provide a high standard of healthcare.

In light of these setbacks, expats moving to Catalonia are advised to make use of the robust private healthcare system in Barcelona, if they can afford it, and to invest in private health insurance.

Expats moving to Barcelona who wish to take advantage of CatSalut’s subsidised medical aid will need to register with their local social security office in order to qualify. The main office in Barcelona is located opposite Estacio de Franca, and expat applicants will need to bring their Empadronamiento. Expat retirees in Barcelona may be eligible to receive free prescriptions and a permanent health card.

After someone receives their health card, they are assigned a Médico de Cabecera (general practitioner) at their local primary healthcare centre. In the public sector, specialists are generally referred from a person’s designated doctor.

Expats should keep in mind that in the public sector, while emergencies will be immediately dealt with, less urgent care is often delayed until a time slot opens for available personnel.

Private hospitals in Barcelona tend to be less crowded and more efficient than their public equivalents. The Catalan capital contains more than a quarter of all of Spain’s private clinics, and such a wide variety of options has raised the standard of care in the cosmopolitan centre.

Despite the wide range of options, an expat's choices may largely informed by their private insurer. Expats who pay directly will, however, be able to choose any clinic or hospital in the city.

Expats should consult their home country’s consulate in the city to find out whether they can provide a list of doctors who can offer services in English. For example, the American consulate provides its citizens with a list of English-speaking doctors and dentists in Barcelona.

Hospital Sant Joan de Déu Barcelona is a teaching hospital specializing in the fields of pediatrics, gynecology and obstetrics. It is located on Passeig Sant Joan de Déu in Esplugues de Llobregat, a municipality bordering Barcelona, Catalonia (Spain). It is a privately owned center concerted by the Catalan Health Service which belongs to the Hospitaller Order of St. John of God, religious organization that manages nearly 300 health centers over the world, one of which is St John of God Hospital Sierra Leone. The center has 362 beds and 12 operating rooms. It employs more than 1.200 professionals and attends every year more than 4.000 births, 130.000 emergencies, records 26.000 admissions and 13.000 surgeries are performed.
Read More 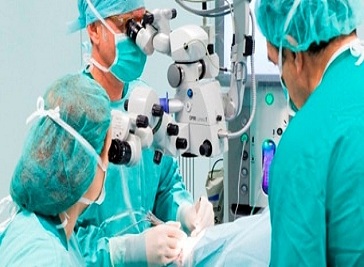 Hospital Clínic de Barcelona is a university hospital founded in 1906 which belongs to the Catalan Public Hospital Network (XHUP). Through the practice of all medical and surgical areas of specialization, the hospital is active in the spheres of healthcare, research and teaching, both directly and through associated companies.
Read More